Google+ Is a Ghost Town, News for iPhone 5 Event Proves It 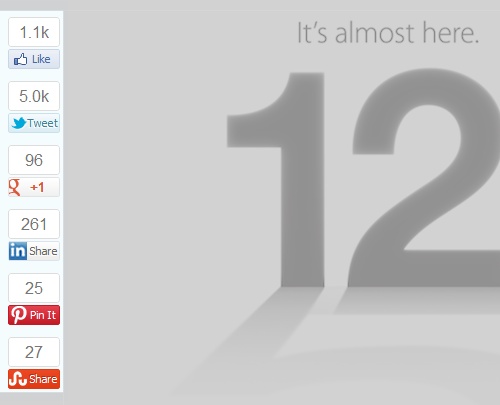 Today Apple sent invitation for what is considered to be the new iPhone 5 event. This is huge news. All major tecnology sites wrote about it and users shared the news across the web. The iPhone 5 event is a special one for Apple for many reasons, including all the leaked pictures we’ve seen lately plus the now infamous Tim Cook “double down on secrecy” statement.

iPhone 5 is Apple’s most important event, Google+ users ignore it

For such an important piece of news, Google+ seems to be a ghost town compared to the other social networks like Facebook and Twitter. Here’s a collection of screenshots from 10 website breaking the news about the new iPhone 5 event as found on Techmeme. The list includes names such as Mashable, The Verge, The Next Web, Phone Arena, Boy Genious Report, TUAW, Mac Rumors, Cydiablog and Techcrunch.

Google+ is a ghost town, iPhone 5 event proves the obvious

You will notice that sharing the iPhone 5 event on Google+ is nowhere close to be considered competitive. At the time of writing this post Mashable has 1.100 Like on Facebook, 5.000 retweets, 261 shares on LinkedIn and 96 +1s on Google+. The same pattern continues to all 10 sites.

Sharing on Google+ is so limited it makes Google’s social layer irrelevant. Compared to Facebook and Twitter, Google+ doesn’t really exist. If user ignore important piece of news like the new iPhone 5 event, especially right after the Apple vs Samsung trial, it makes you wonder about the amount of actual users on Google+ and/or their attention span.

Remember, all 10 sites used for this little “experiment” offer technology related news. One would expect that early adapters and tech savvy users will be using Google+ way more for sharing big news. Apparently not. 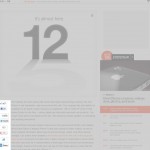