The Caffeine Poster, How to Avoid Caffeine Jitters From Coffee, Energy Drinks 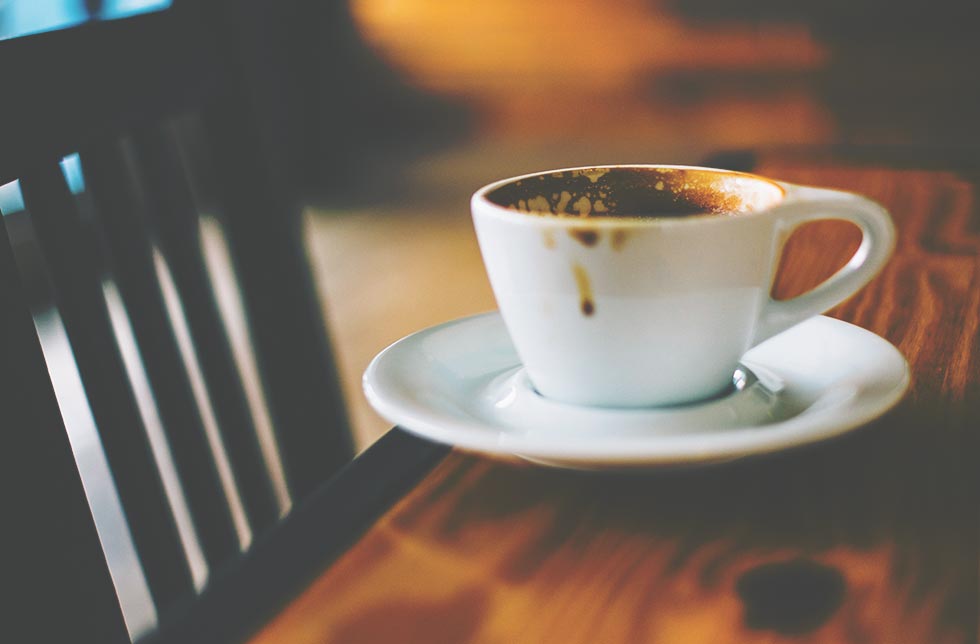 Caffeine intoxication also known as caffeine jitters is a dangerous thing. “Caffeine overdose can result in a state of central nervous system over-stimulation called caffeine intoxication. The symptoms of caffeine intoxication are comparable to the symptoms of overdoses of other stimulants: they may include restlessness, fidgeting, anxiety, excitement, insomnia, flushing of the face, increased urination, gastrointestinal disturbance, muscle twitching, a rambling flow of thought and speech, irritability, irregular or rapid heart beat, and psychomotor agitation”.

Caffeine jitters is too much caffeine in your body. More than you are used to. It doesn’t matter if it’s caffeine from coffee or energy drinks like Red Bull, Monster and other. Your body and brain react to caffeine no matter the source.

If your job is to sit in front of a screen, experiencing the caffeine jitter is super hard. Your nervous system won’t play along and your typing skills will be equal to something like hyper active finger movements producing nothing but err. Try to take a break. Go out and walk for 10-15 minutes.

Avoid sugar, fruits, juices and snacks. Just drink water if you want to drink something. No more coffee, Red Bull nor Monster.

Regular coffee drinkers build a tolerance to caffeine. After some point, most of the caffeine’s effects fade away. You will still get the caffeine jitters if you intoxicate yourself with too much caffeine. Try to stay bellow the 200-300mg of caffeine area no matter what the source of it is.

Can I Sleep After Drinking Coffee, Red Bull, Monster?

That’s because caffeine’s half life is about 5 to 6 hours. Here’s an example. Having a 250ml can of Red Bull energy drink with 80mg of caffeine at 6PM means that by around midnight there will be 40mg of caffeine in your body. If you want to go to bed and get up early next morning feeling fresh, that will not help. If you want to stay up all night working or partying, that’s another story.

The caffeine poster is a helpful guide for caffeine doses per coffee cup and energy drink. What ever you do, don’t drink too much of this stuff. If you do, make sure you drink enough water for the next 4 to 6 hours. Unless you want to stay up all night. 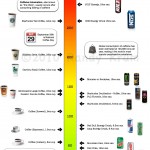 The caffeine poster was created by rtkrum in 2010.