Carl Icahn won’t sleep unless Yahoo! and Microsoft become one 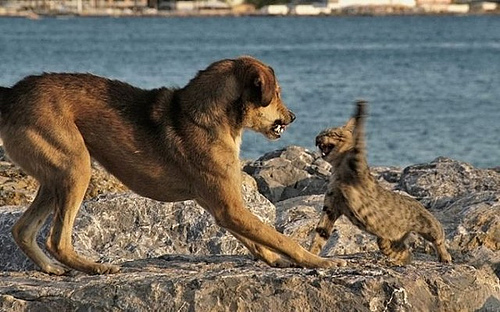 According to this story on Reuters, Yahoo! board member, Carl Icahn, wants the MicroYoo! deal to happen. Now, don’t call me an expert but Icahn took a place on Yahoo! board after Yahoo! published a long list of Icahn’s failed investing portfolio. Some sort of voodoo corporate stuff took place and Yahoo! reached an agreement with Icahn. Frankly speaking, it’s in the best interested of Icahn, who now owns 5.5% or more of Yahoo! shares, to see Microsoft taking over Yahoo!. After all, that was his role all about. The proxy fight, the shares buying, the settlement, the sit in the board, the new Yahoo! CEO placement and now the rumored deal, again.

Update: Yahoo! just announced on their Twitter account that Icahn is out of Yahoo! board of directors.

@yahoo Carl Icahn has resigned our Board, citing “Carol is doing a great job.” Said no longer necessary to have an activist on our BOD

2 comments on “Carl Icahn won’t sleep unless Yahoo! and Microsoft become one”